Please join us in our global mission to prevent infection

First, I would like to extend my deepest sympathy to all those who have friends and family suffering due to COVID-19 and the complex circumstances it presents.

Our corporate goal for Preventogen is to be at the forefront of wound care by introducing innovative, relevant and data driven solutions for customers and patients around the world. COVID-19, antibiotic resistant pathogens and emerging superbugs are global threats to the future of our planet. Our Preventogen team is committed to fulfilling our responsibility towards a better future by investing in scientific and clinical evidence of how our breakthrough polymer actively kills viruses, bacteria and fungi on contact, preventing infection and promoting faster healing.

We are very proud to partner with clinicians like Dr. Shital Pema, who recently completed a pivotal prospective, randomized clinical study in which Preventogen proved an un-paralleled reduction in infection. It is through the pursuit of scientific evidence that we can educate other clinicians and patients of new options for better health, wellness and quality of life.

Our team is working together to combat this pandemic and are committed to a swift and focused return to helping patients and future innovation. 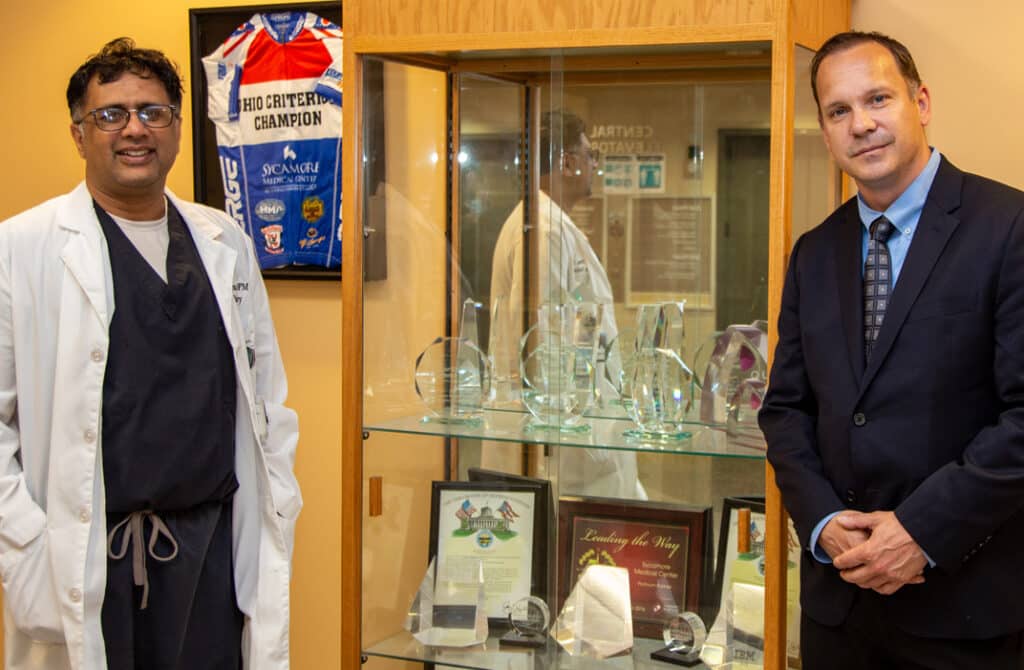 Brad Chartrand is the Chief Executive Officer for parent company Prevent Plus and is responsible for Global growth of the Preventogen. Mr. Chartrand has over 15 years of Medical Device experience in various Sales and Marketing leadership roles with Applied Medical, CR BARD and AngioDynamics. Prior to Mr. Chartrand’s Medical Device career, he played 8 years of professional hockey, spending five seasons with the Los Angeles Kings (NHL).  Mr. Chartrand’s unique background is ideally suited to Prevent Plus’ hospital and OTC sports medicine global markets. Mr. Chartrand did his undergraduate work at Cornell University and has MBA degrees from Cornell University and Queen’s University.

Joe Thomure is the Chairman and Managing Member of Prevent Plus and stepped out of retirement in 2018 due to his passion and earnest belief in Preventogen.

A graduate of the U.S Merchant Marine Academy in Kings Point, New York, Mr. Thomure was called to active duty in the U.S. Navy, during which time he was promoted twice in three years, and eventually received his honorable discharge, pending LCDR in 1977. He began his business career in sales with Hallmark, and further refined his sales and consulting skills in executive and physician recruiting.

He founded his own recruiting firm, PracticeMatch, in 1987, bought out his competitors and IT contractors, partnered exclusively with the AMA, and then bundled the data into a physician recruiting database – a service concept that had never before existed. He sold this company for the first time in 1996, grouping with 11 other firms to form Caredata.com (stock symbol: CDCM).

After considering a brief retirement, he purchased a majority position from a NY venture group in IBNL,an early e-commerce company. As Chairman and CEO, he rebuilt the company as Virtual Source, and pushed value near $650 million while earning a NASDAQ listing (VSRC). He attempted retirement again, but when opportunity knocked, he answered by purchasing the assets of Caradata.com in bankruptcy court in 2000. This formed PracticeMatch Services, LLC, which he eventually sold to M3, a closely-held affiliate of Sony. He credits much of his professional resiliency from values passed down from modest beginnings. He believes there is little a company can’t do with a dedicated team, a spirited leader, and a groundbreaking product.

Jeff Elbl is the Chief Technology Officer for Preventogen where he oversees all clinical aspects of compounding medication utilization. Jeff has over 12 years of direct patient care exposure in the areas of infectious disease, antibiotic utilization, pharmacokinetic drug monitoring, wound management and many more. Jeff has extensive industry experience serving as a Medical Science Liaison (MSL) for several major pharmaceutical companies, including Pfizer, Bayer, and Takeda, and has been involved with several clinical trials in the development, evaluation, and marketing of novel products.

Julie Morris is the Vice President of Clinical Research and Product Development for Preventogen. Her responsibilities include KOL development and clinical studies. Julie has over 19 years of medical device experience including positions with Covidien, Medtronic, Smith & Nephew and various early stage start-ups where she demonstrated success in several commercial roles. Julie works with our KOL team on the advancement of Preventogen’s clinical research and data and has been a key driver for the advancement of infection prevention in wound care.

Lena Geandreau is the Creative Director for Preventogen and is responsible for all its global branding. She has over 20 years of experience in Art Direction and
Design and has held numerous leadership positions. Lena spent the first half of her career in NYC working for advertising agencies which included Area 23, Draft/FCB Healthcare, and Euro RSCG Chelsea, where she gained extensive experience launching several flagship pharmaceutical brands. Since moving to Saratoga Springs, NY she worked at AngioDynamics as Sr. Manager of Graphic Services. Additionally, Lena has worked with many local businesses to establish their brands within the marketplace.

With nearly 30 patents to his name, Mr. Sant’Angelo has found great success in research and product development. As a student at the University of Illinois, Mr. Sant’Angelo earned an award from the American Institute of Chemical Engineering that launched his career in fields from nuclear-powered aircraft to developing polymers for flame resistant astronaut suits. (NASA) With Dr. Perry Robins, a dermatology professor from NYU Medical Center, he developed a revolutionary liquid polymer for medical applications that received FDA approval, now known as Preventogen.